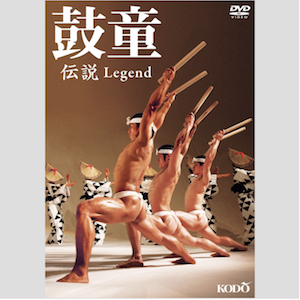 Legend marked a departure for Kodo into new creative territory under the direction of visionary artistic director Tamasaburo Bando. After touring throughout Japan, Legend was further honed on its U.S. tour, visiting 25 cities from Las Vegas to New York. The stage finale in Asakusa was broadcast live online and the footage from that concert has been newly arranged for this special Legend DVD.

Note: There are currently no plans for this DVD to be sold at general retail outlets. Please order from the Kodo Online Store or purchase at Kodo performance venues.