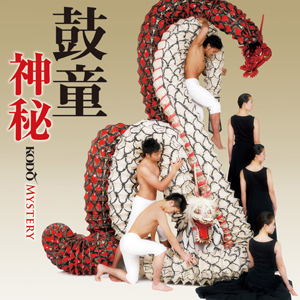 This brand-new studio recording captures the essence of the stage production "Kodo One Earth Tour: Mystery," directed by Tamasaburo Bando.

All eight tracks are original compositions, each one a piercing ray of light from within a sacred world of darkness. We hope this album takes you on a voyage to the extraordinary, to a mysterious realm that lies in the beyond. Sit back, close your eyes, and let the sound of "Mystery" conjure a wondrous world deep within your mind, where darkness & light intersect and stillness & movement entwine.

Listen to samples of all 8 tracks here: http://www.kodo.or.jp/discography/od011_en.html